Since we had traveled a long journey to Freycinet National Park, it would be such a waste if we were just leaving the place right away. There were few beautiful places around the area that we could take a look. One of it was to have a morning walk trail to the Wineglass Bay Lookout.


We drove to the nearest car park and started to walk at 9.45am. It was a sunny day, brilliant and delightful morning, perfect for a hike :) We climbed uphill and took us about 45 minutes to reach the place where we could see the breathtaking view of the Wineglass Bay (see the first photo above). People from different ages should be able to climb this hill slowly as we found toddler and old couple there too :) We didn't continue our journey to reach the Wineglass Bay due to the limited time that we had. Instead, we returned back to the car park.

When we returned back to the car park, there was a couple having their late breakfast at the back of their caravan. They opened up the folded side table and we saw them cutting up bread and cheese on it. (Fyi, it was very common for people to rent a caravan and travel around with it. They treated it as the transport, as well as the form of accommodation).

It enticed our appetite and we started to feel hungry. We opened the car boot, took out our food supply and started making sandwich. Today's menu: two slices of multi-grain bread, smoked salmon, add few squeeze of mayonnaise, plus the fresh spinach leaves. You could add some cheddar cheese on it. Nyummy!!! :)


We departed at noon. Seemed like we were unable to follow our initial plan, which was to walk around the Lake St Clair, which was our next destination. It required 3-4 hour journey to reach and by the time we would have been already too late for us to walk around as the sun set quite early there, around 5pm. Therefore, we just let nature takes its course and drove away.

On the way there, we saw Devil’s Corner Cellar Door on the roadside. Devil’s Corner wines were one of the premium Tasmanian wines, first developed in 1999. We’d tried their Riesling 2013 two nights before and it tasted quite good. They had few different types of red and white wines, plus Riesling. We decided to stop by there as the Cellar was offered with a great view.


While my friends were busy taking photos, I was busy tasting the wines inside their Cellar Door he-he… Wine was in my list on what to have while traveling in Australia as the country was famous in producing good wines. And since it was produced locally, the price was cheaper too (compared with those sold in Singapore – after tax, transport cost, labor, and so on).  That’s why I told my friends that I wanted to have cheese and wine session every night, whenever possible. Luckily, most of them enjoyed it too :)

After few sips I found the one that I liked and bought two bottles of Riesling 2009: one for us to share and another one to bring back to Melbourne and to be given to my sister. It had a sweet and light taste. Robert, who usually didn’t drink wine, was willingly to take sips too during our wine and cheese session.

We then continued our journey. Soon the wine had taken its effect on me and I fell asleep inside the car. I was awoken when Aileen was suddenly shouting excitingly, “Wow, it’s so beautiful!!!” I immediately opened up my eyes.


We were on the place where everything surrounded us were yellow, yes, yellow leaves. The next moment I knew, SJ parked the car under the tree and she told us that she was very sleepy and had to take a power nap. At the mean time she asked us to browse around the area and then have a coffee at the Café nearby.


We were all enjoying the beautiful view, which we usually watched it in the movie. As most of us was born and grown up in tropical country, we seldom experienced autumn. So we were all engrossed by it and took many photos.

This place was called Ross Village. We walked and enjoyed our time for a little while and then marched to the Ross Bakery, which happened to serve the world’s greatest Vanilla slice (as voted by all vanilla slice experts) – as a gimmick stated on the board outside the café.


I ordered a cup of Café Latte and a piece of Vanilla slice. All of us sat outdoor despite the cold weather hehehe… Vanilla slice, known as Mille-feuille, was basically two layers of puff-pastry sheet with a thick layer of custard cream in the middle. It cost A$5 each.

Well for me, it tasted good. It wasn’t too sweet like other desserts that my friends ordered (Carrot Cake and Chocolate Cake). They also ordered the Scallop Pie and Steak Pie (common pastry that could be found in Australia). It was perfect to have it in that kind of environment complete with perfect accompanies. At least, I enjoyed it very much! :)


SJ had finally refreshed herself. She also took some food and drink to re-energize. Once finished, we continued our journey. She stopped by at petrol kiosk to pump fuel and purchase some snack from there, deep-fried chicken sticks. It’s interesting to see what food they commonly sold over there as each country offered different kind of snacks and type of desserts.


As predicted, we reached the Lake St Clair Lodge when the sky had turned into the dark. On our way there, our car had accidentally knocked out a Pademelon (a marsupial that looked like a small kangaroo). It hopped across the street in front of us. SJ tried her best to slow down the car. I didn’t see the rest of the view as I was hoping that it had crossed over safely. However, we heard a bump sound after that, and I was just shouted, “Amituofo”, and praying for the poor Pademelon.  I heard from my friend that it was hopping back that’s why it was being knocked out. We were quiet for a while. I guessed everyone was busy praying and still shocked over the incident. Hope you rest in peace, Pademelon, and so sorry for the unpredicted incident.


Actually, it was quite common to see the dead animals such as: wombat, quoll, and pademelon on the road in Tasmania as many wildlife animals were living outdoor freely. And we were considered lucky that SJ managed to control the car properly because there were many cases where the car was overturned, it skid or hit other things when trying to avoid bumping into the animals, and in most cases it would damage the car. Not trying to be selfish here, but in any driving situation, it’s advisable that the safety of the passengers was still primarily important. Again, we learned something in Australia that was not commonly found or happened in our countries.

The reception had already closed by the time we reached there and the staff left the envelope with an access card on the table waiting for us to collect. The area was very dark. They didn’t have lamp post along the road and we had to go few rounds to find our way to the cabin.


We stayed inside a two-bedroom cabin (as usual completed with living room, kitchen, dining room and two bathrooms) that was located in the middle of the jungle with a balcony facing directly to the Lake St Clair. From outside, the cabin looked very simple and common. But inside, it was design in a very cozy and comfortable place to live in. All the rooms and bathrooms were prepared in hotel standard. That’s another thing that I loved when traveling in Australia. The kitchen was fully equipped with microwave, fridge, pots and pans, kettle, plates and cutleries, cups and glasses, cooking utensils, salt and pepper, even rice cooker!!! We felt like staying in our dream home, especially when there was an electric masonry heater in the middle of the cabin. Yalama!!! We all stayed warm and secured despite the cold weather outside. Shiok yaaaa.... ^^

Again, we started preparing our dinner once we went inside. This time, we tried to finish whatever ingredients we had as we had no plan to cook anymore on the last night. So, we utilized the giant celery stalk with its leaves, bunches of spring onion, carrots, eggs, fish cakes, etc. And voila!!! We had many dishes for the night!!! :)


Like usual, after dinner, we continued on with wine and cheese session. We chit chatted, ate fruits, munched cheeses, chocolate, paired with wine and mixed of Elderflower syrup and sparkling water for some.  We took a bath in between – and went to bed at 12.30am.

I’d already fallen asleep. Suddenly, I felt my extra bed moving. OH my!!! Was I dreaming? No leh, I could feel it moving, as if someone was moving it deliberately. I woke up and saw SJ was sitting down on her bed. I asked her, “What are you doing?” She asked me, “Did you feel that your bed was moving?” I immediately answered, “Ya lor. Yours also ah? I thought it’s only mine moving.” Leen at the other side of the bed was awoken and told us that she didn’t feel anything on her bed. Both of us sat for a while. SJ asked me again, “How? Is it still moving?” I tried to feel it… “Hmm… I think no more…”

To prevent me from overthinking, I walked to the toilet and living room for a while to check on my phone charger and returned back to room. I went back to my bed and tried to sleep again. At the same time, I kept chanting prayers so that I could sleep peacefully. 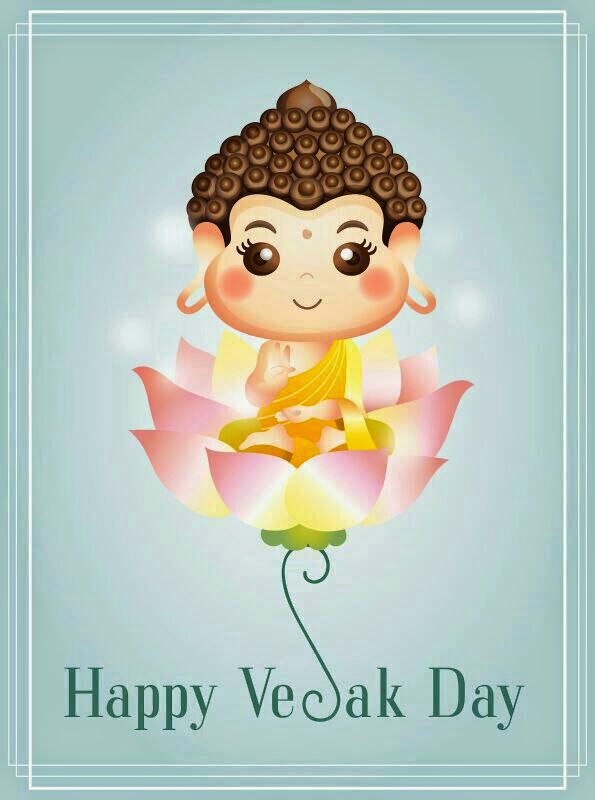 OH, and before I forgot, Happy belated Vesak Day to those who celebrated! There was a beautiful full moon on that night, which I enjoyed very much :) Sabbe Satta Bhavantu Sukhitatta. May all sentient beings be happy! Sadhu, sadhu, sadhu!
Posted by Overcome Life
Email ThisBlogThis!Share to TwitterShare to FacebookShare to Pinterest