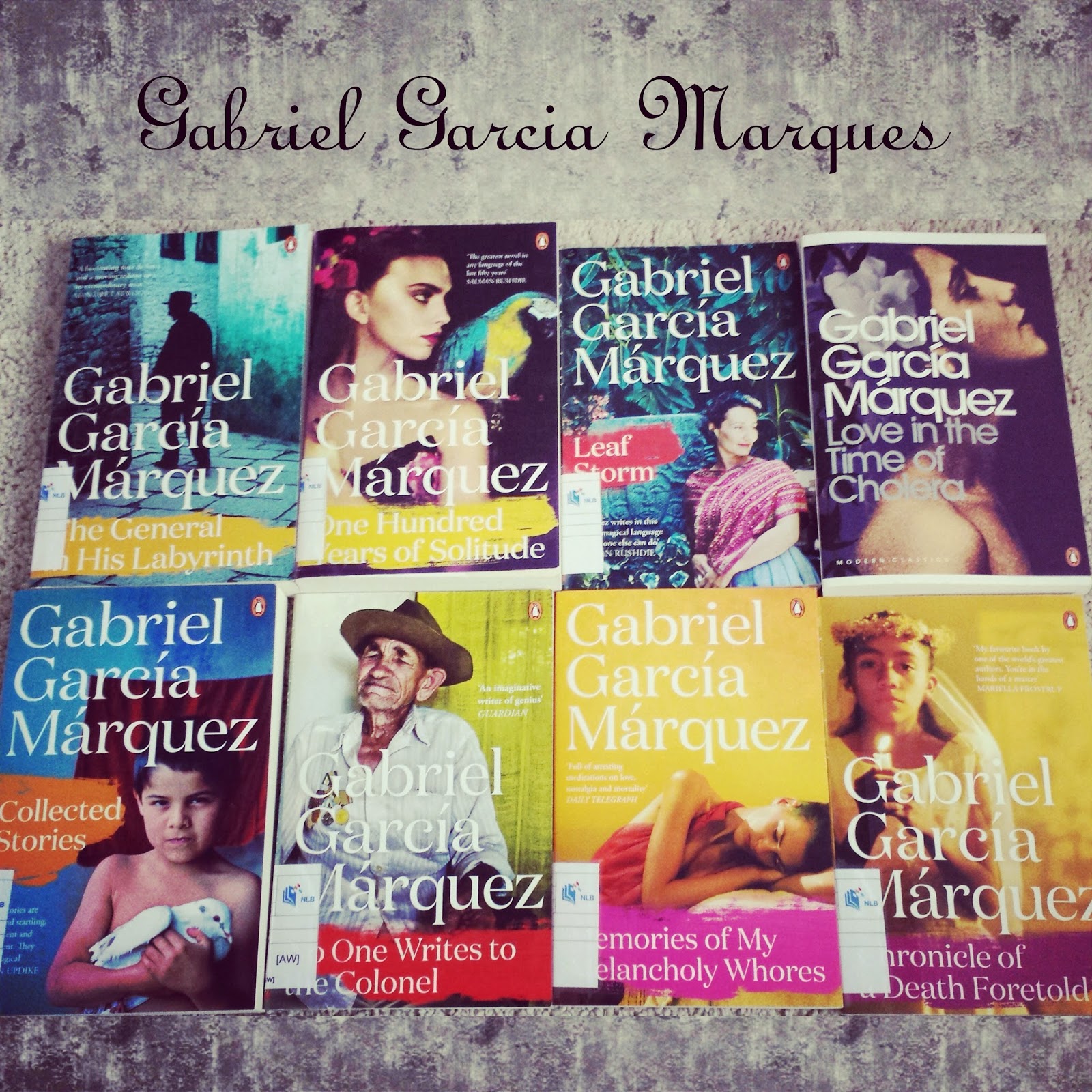 I was very lucky being able to find many collections of Gabriel Garcia Marquez books from Cheng San Library in Hougang about two weeks ago, and all were brand new copies. I grabbed it without much thinking and brought it back home. Up to now, I’ve finished reading three of them; all were in form of short stories.

There was a hiccup when I first reading his book, Chronicle of Death Foretold.

First, I wasn’t accustomed with the Latin American names and I had to adjust myself and put more effort on it. It took me some times to imagine based on the description mentioned and to conclude if it’s man or woman’s name.

Second, I need to read twice of the story to get a better understanding of the confusing chronicle of death story. There were many characters mentioned, and again, without understanding their names and their roles, you would easily get lost. The story told was somehow spiraling, slightly confusing and ambiguous. However, that was the beauty of it, the skills in Garcia Marquez’s writing. If you love to get confused, read it for a first time, just like I did.

The second book, No One Writes to the Colonel, described the situation of the impoverished, retired colonel, who was hoping to receive the pension as promised more than a decade ago. He put so much hope on his rooster, which was believed capable in fighting and to win the cockfight in two months’ time. However, before the time came, he had already run out of money to feed the rooster and he decided to spend his last drop of the money to buy food for the roster rather than for himself and his wife.


When reading it, you could feel his and his wife’s agony, pain, and misery as if it’s the old man who wrote the book itself. Wrapped in such a short story, I feel that it was a good writing and I enjoy reading it.

The third book, Memories of My Melancholy Whores, was again bringing me to feel the emotion of the 90-year old man who wanted to celebrate his Birthday in special way by gifting himself a night of wild love with a virgin.

Instead of having sex, he ended up falling in love deeply with the girl whom he called ‘Delgadina’, for the first time in his whole life.

There was so much passion and emotion when he expressed his love in such age. The feeling of falling in love again made him live and relive. He wrote his feelings into Sunday column, which brought an enthusiastic response from the readers. It was even read on radio newscasts and made him famous.


“I did not bathe or shave or brush my teeth, because love taught me too late that you groom yourself for one, and I’d never had anyone to do that for.”

Love is such melodious notes that create purposes in life. No matter how old you are in, love can be experienced by anyone at any age, despite difference in ages that your loved one has (In this case, between 90 year old man with 14 year old growing up girl), and that feeling is always wonderful! However, the opposite is true too. It is such a painful when you lose your loved one’s shadow. The world seems dark. You feel lost and don’t feel like to live anymore.

The three books that I read so far were all such great literatures! I hope to find more various feeling and emotions that Gabriel wants to bring me, the reader, to feel from the story inside the rest of his books.
Posted by Overcome Life
Email ThisBlogThis!Share to TwitterShare to FacebookShare to Pinterest