On 1st March my dear friend posted on my Facebook's timeline the above: March Book Photo Challenge. Hm... I think no harm trying hehe... :D Finally it's over. Not so difficult, but not easy too...

So, below please find the above for your view and enjoyment :)

Posted by Overcome Life 8 comments: Links to this post
Email ThisBlogThis!Share to TwitterShare to FacebookShare to Pinterest

It's my fifth attempt joining the OCBC Cycling with my fellow colleagues and besties this year :)

I'm very happy and grateful that most of us managed to finish our journey safely. Read here about what other people experienced and that's why I felt very grateful that we were all safely returned from our ride despite some complained about the delay.

We started late today as there was a serious accident at the first turn, during the second wave of the Challenge (40 km ride), which required the organizer to deploy an ambulance on the route. It caused the 30-minutes delay on the Community Ride (27 km) participants. We supposed to start at 7 am.

And due to this delay, many cyclists couldn't continue riding as the road had to be opened (missed the cut-off timing). Fyi, they closed the main road that usually opened for vehicles for this event. However, there was a cut-off timing. See the picture below for your info.

At one point, few of my colleagues had to discontinue their cycling. They had no choice but to send their bicycles on top of the truck. They boarded on the bus provided. They waited somewhere until the truck reached. Then, they waited for quite some time until their bicycles unloaded and collected it back. After that, they continued riding until the finish line.


I started my ride at 7.35 am, just nice the sun had just risen into the sky. It was round and beautiful in orange. Good that the sky was clear and no haze around.

This time there were more participants too. See the photo above. We were all patiently waiting while the Starting line was still far in front of us.

The journey this time was 3 km longer than the previous one. There were few slopes up and down during the journey, which made my both legs pain enough hahaha... :D There were numbers of accidents seen along the way that I had to keep reminding myself and praying that all of us to be safe until reaching the destination.

After 1 hour and 35 minutes, I finally reached the finish line. Thank Buddha that nothing bad happened to all of us, except for the delay. I was enjoying the ride during the whole journey. It was the only time where I could feel free riding alone on such a wide road and highway, especially when the bike was riding down the slope. I shouted sometimes to release the tension hahaha...

There were many people wearing funny clothes spotted during this event. Enjoy the pictures below and hope all of you had a wonderful weekend too!!! :)

Posted by Overcome Life 2 comments: Links to this post
Email ThisBlogThis!Share to TwitterShare to FacebookShare to Pinterest

i Light Marina Bay Festival and Picnic Part 2 - What a wonderful weekend! :)


It was a lovely Saturday afternoon. I'd planned to watch the above movie together with my colleague. It's been a while since I went to watch a movie in a cinema. The ticket price had been exorbitant high nowadays. On weekend it costed S$12.50 per ticket plus S$1.50 booking fee that we had to pay when we booked the ticket online. Nevertheless, I would still be going as I read in the newspaper that the above movie was worth it to watch. I had no idea what the movie was all about, but I guessed it must be related to the hotel and I was curious about it. My colleague had no idea as well and just followed my judgement on why I chose to watch that movie. 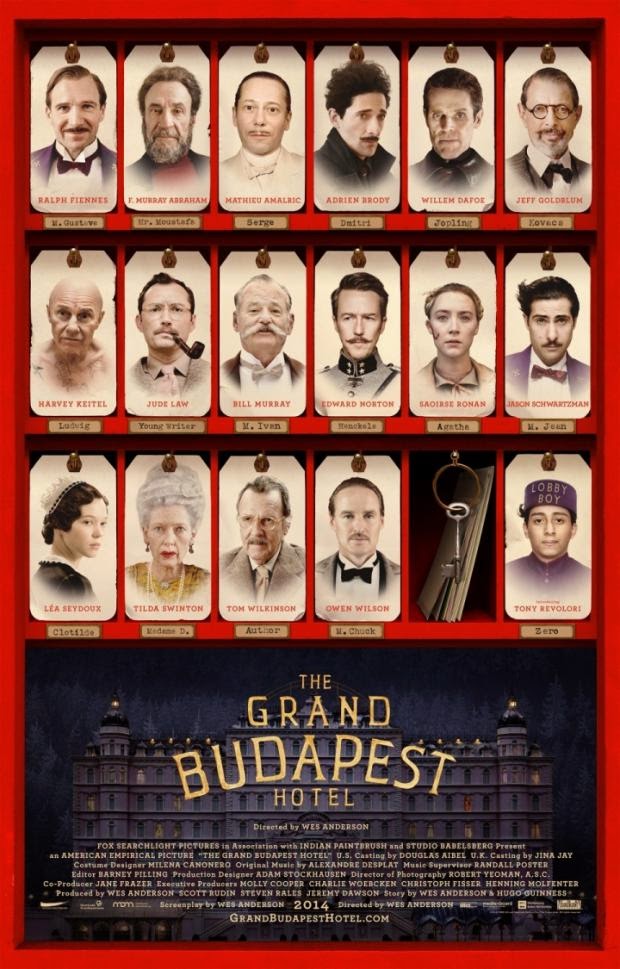 The Grand Budapest Hotel was a movie directed by Wes Anderson and inspired by the writing of Stefan Zweig. Starring Ralph Fiennes, Bill Murray, Edward Norton, Owen Wilson, Tilda Swinton, Jude Law, Adrien Brody, Harvey Keitel, Jason Schwartzman, Willem Dafoe, Jeff Goldblum, Mathieu Amalric, F.Murray Abraham, Bob Balaban, Lea Seydoux and Saoirse Ronan. You may want to read more about the movie here. But overall, the movie was about the friendship between a concierge (Monsieur Gustave) and his protege (Zero Moustafa) where the hotel was located in the fictional Republic of Zubrowka, a European Alpine State. It was a 100-minute movie and I enjoyed watching their conversation, the old hotel background, the love and hate that was shown on it :)


Once finished, both of us went down to buy takeaway food. We passed by the Burger King outlet and found out their new burger, called BK Charcoal Black. We were quite curious with the taste and decided to buy one set meal, the Tendercrisp Chicken. We also bought a packet of Nasi Lemak, a local Malay dish, rice cooked using coconut milk and pandan leaf, added with delicious fried chicken wing, fried peanut and ikan bilis, fried egg, and spicy sambal. Hmmm..... nyummy! To ensure we would have enough energy to walk for tonight, we bought a medium size Kkul dak (Korean honey fried chicken plus some Korean rice cake and hash brown topped with mustard and cheese powder). Slurrrppp..... (Are you drooling now?? Hehehe...) We took MRT to Bayfront station and walked to outside The Shoppes again, right where I had my picnic just a week ago. It was still quite early, around 6.30 pm when we reached. The sky was still shining bright but it wasn't hot. We sat down and started diggin' into our takeaway food. Bon Appetit!!! :)


There was PasarBella and Friends Go To Town" (a farmer's market - originally located at 200 Turf Club Road in Bukit Timath) outside The Shoppes. At the Bukit Timah, it was a permanent market that opened daily from 9.30 am to 7 pm (some stalls opens until 10pm). You could dine in a family, lifestyle restaurants back in the rustic interiors. There you could also experience a multi-sensory grocery shopping at the Grandstand. The quaint stalls, exotic aromas and festivities could also be found outside The Shoppes this weekend. There was a magician and live band music that beautified the had-already-been beautiful places with a perfect weather. In fact, it had been there too last week. But it was too crowded until I didn't notice its existence. Hahaha...


We ate until very full and decided to have a walk. Just nice, the sun started to set and I managed to capture the above image, seconds before it was really gone behind those skyscrapers. We walked to Garden by the Bay this time through the bridge that linked The Shoppes to the Marina Bay Sands Hotel, and all the way up to the garden itself.


This place had been there for few years but it was my first time to step into the area. There were two conservatory areas that visitors could visit - Flower Dome and Cloud Forest. You needed to pay to enter to these two places. The above picture was the Supertree Grove, which iconized the garden. It was 16-storey high. When we reached the area, it was at 7.45 pm. Just nice! The OCBC Garden Rhapsody (or the Rainforest Orchestra - Asia) was just about to start. I was lying down on the green grass and watched the light and music performance above me peacefully and joyously. Few stars were sparkling above me. Again, I felt blessed!!!


The above picture were few of the lighting played during the Rhapsody. It was perfectly beautiful, wasn't it?? There were 2 session every day - 7.45 pm and 8.45 pm. It was free of charge. Once the show was over, we walked back to the Shoppes and walked outside the building. This time, we browsed the other part of the i Light Marina Bay Festival (B sections) - last week I browsed only at the A sections.


It was very crowded. The i Light Marina Bay Festival would soon be over in one more week's time. Many tourists were spotted along the way creating a hustle and bustle environment, that made Singapore a lively city, a city that never slept. My colleague and I enjoyed our walk yesterday night. I salute the efforts made by the government to keep the city alive by providing non-stop entertainment to its visitors. Below please find some of the pictures captured from the i Light Marina Bay Festival - Section B. Hope all of you had a great enjoyable weekend as I did! :)