The Circle of Karma by Kunzang Choden

“The everyday reality of household life in rural area in Bhutan, which is very true earlier and even now.” – Flora Yang.

Thank you Tshering Cheki for gifting me this book all the way from Bhutan! Because of you, I managed to read a beautiful story written by Aum Kunzang Choden. And I just realized that I had actually had another book written by her, titled “Membar Tsho - the Flaming Lake”, gifted by Ngawang Phuntsho, the author of Then I Saw Her Face.

My blogger friend, Sherab Tenzin, has reviewed the book beautifully. You can read it here and so does Leoparsica in here. I won’t repeat the line story of the book as many did :)


From the title and the cover of the book itself, you would have an impression that it’s gonna be a story swarmed with many Buddhist teaching, perhaps full of Buddhist theory inside that would make you bored (especially if you are a non-Buddhist). Well, don’t judge too fast buddy! In fact, they wouldn’t tell you what karma is, how it works, in a theoretically way. It’s really a novel with a nice flow of story from one phase to another.

The story was about the Bhutanese life in rural area that was common to be found. The book itself was published in 2005 but somehow, the reality might still apply in current time (applied mostly to rural area). As Sherab mentioned in his review, the protagonist of the book, Tsomo, accepted herself as ‘a woman, a person who should live less ambitious and more subdued’. She said that since she wasn’t allowed and no access to be taught the religious practice by her own father, who chose his sons to pursue it instead. Woman was trained to do the household chores like cooking, weaving, etc. or otherwise helped out in the field works.

Thanks to the initiative of many young Bhutanese who introduced and delivered donated books to rural area so that many Bhutanese children (both boys and girls) were getting more access to gain the literacy. The school had also been opened to both boys and girls where many teachers put a lot of emphasize on the importance of reading, which enforced "Reading week" as an integral part of the education system, and so on.

Other than the school for the monks, there was also school for Buddhist nun, which was called Nunnery. Here, women would receive education and high leverage if empowerment, which could help in improving their living conditions and economic vitality of rural villages. So, more women like Tsomo would get a help and guidance in pursuing their goals to get the spiritual education.

There were issues brought inside the book too regarding the marriage, betrayal, separation, poverty, and so on. It highlighted many issues that real happening in and around Bhutan. It’s a very beautiful insight brought up in this story. And this too highlighted that every single thing in our lives happened for a reason. No matter how tough life would be, it would lead us to another way, if we put enough effort towards reaching our goals.

From the whole book, below are the sentences that I love most, which was taken from conversation by Tsomo’s brother, a Gomchen or a Buddhist monk, after hearing Tsomo’s painful experiences:

“I am glad you have told me everything that there is to know. Burden gets lighter when shared. Whatever had to happen has already happened. It’s all our karma. Our lives are like that lamp on the altar. We are born and we live for a while like the lamp. We can either shine brightly or flicker, but we all must die. Life is transient. We are just passing by. Think of yourself as a pilgrim on earth and in your own body because that too you must surrender. But take heart in this, a pilgrim has a definite purpose even if it is only for the duration of the pilgrimage. A pilgrim wants to accumulate merit and pray for all sentient beings. We can all choose to be pilgrims.”

Such an awakening words!!! It won’t ask you to become a nun or monk after reading this. It’s just realization about life, what and how we pursue it, which would depend a lot on our karma. 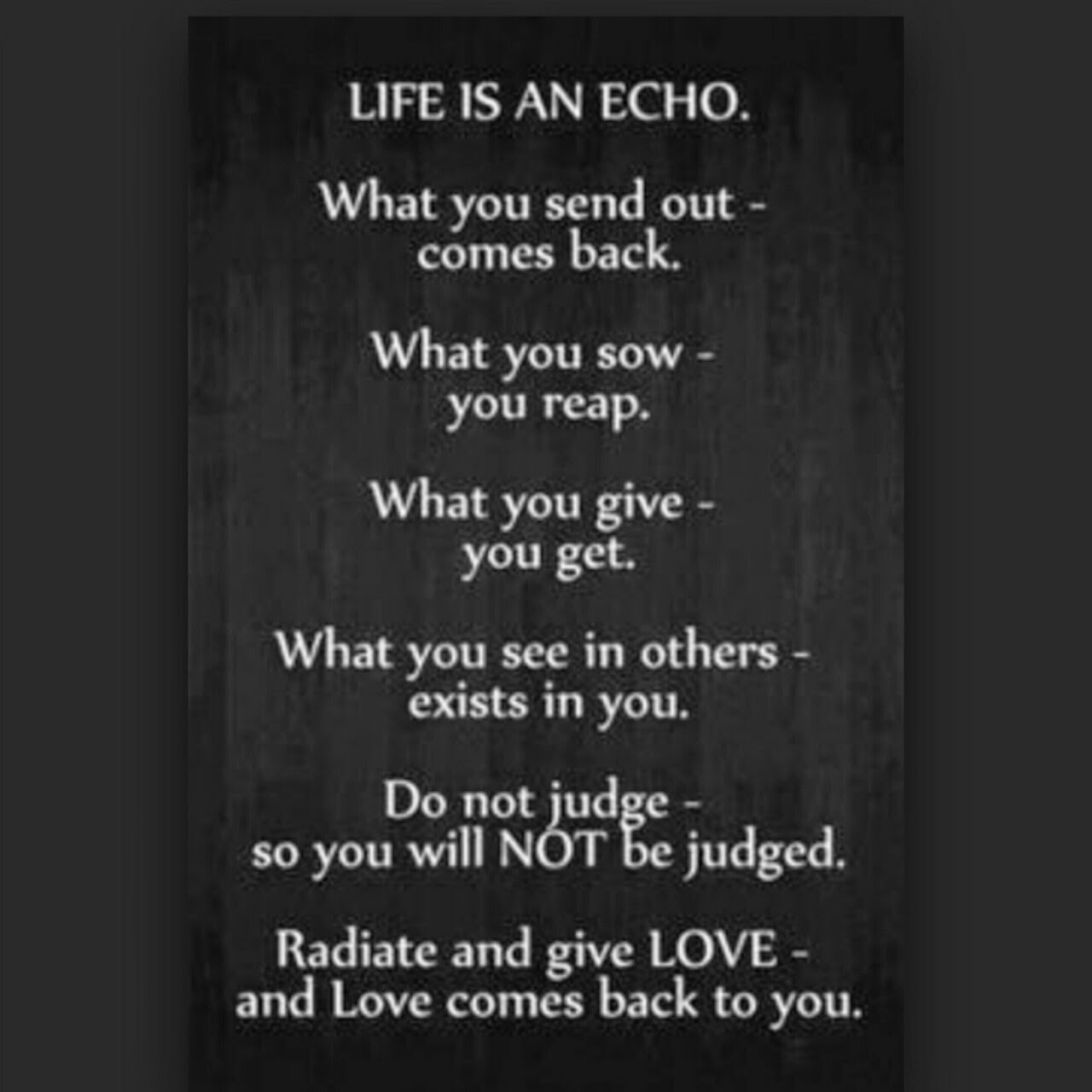 “Many of those dying flowers will leave behind fruit buds. Just think of all the seeds we can sow. Unlike human beings, trees give forth everything they have. They never hold back anything and plan what to give and what to hold back.”

So, remember! What you do today will mirror your future. What you are experiencing right now is what karma wants you to experience based on your past deed. In other words, “What goes around comes around”. Therefore my friends, “Be good, Do good!”

Well done Aum Kunzang Choden for writing this book. It may look simple but there were lots of hidden meaning in its story. It introduced many aspects of Bhutanese lives to the outer world too! Hope to read more of your book in the future! Tashi Delek! :)
Posted by Overcome Life
Email ThisBlogThis!Share to TwitterShare to FacebookShare to Pinterest

I am ashamed to say here that I, a Bhutanese residing in Bhutan, have not read the book. Here I am hearing it from you, but then you are no less than any Bhutanese. Good information and now it is another reason for me to read it. Great work as always...lol

Hahaha... Don't be Au Lingi! You don't have to feel ashamed. At least now you heard about it now ;)

Thank you for dropping your comment here Au! And have a wonderful day! :)

The post provoked me the part of novel particularly the protogonist Tshomo's painful life. The night where her own sister staying with her husband.
Thank you ma'am for writing particularly the book authored by Bhutanese.

It was beautiful to know all the facts behind that book...thanks

Thank you Aum Rima for this. Your review is as beautiful as book itself. You have peeled off the essences of the book - which I think I have missed while going through it last time.

At one point, going through your post, I felt you knows insights of Bhutan more than an Bhutanese would know. Kuddos for you.

Thank you. It was a nice read. Have a nice day ahead!

That book is going to be exactly the kind of book I was looking for; something about the rural lives of Bhutan.Thanks for bringing it to our notice and I got to read it sooner.

Thank you for letting me read your short yet sweet review on Kunzang Choden's book. I now got ample of reasons to buy one and start reading Kunzang's book and many more. To be honest, I hardly read book which isn't good, everyone (including you) will certainly agree to it.

It nice to see you with beautiful post ma'am. As i said, the contents of the book has faded away (since it was long time I did read it), your alluring review refreshes me. Hope all is well. Take Care. :)

As usual, i would like to thank you for sharing these review, i too read it long time back, and your review on this novel made me feel that i am reading it again. very well done my friend, it helped me to understand the meaning book title and contents in depth. Thumps up for coming with this review on circle of kamra a wonderful based of truth novel.


Yet another overwhelming piece, dear mam. I heard the name but had no idea about the content. Thank you for sharing wonderful thought of yours. Loved the way you weave simple yet meaningful lines. You have always been an inspiration :) Have a great week ahead. Take Care!

It's my pleasure to review this book Jigme! I love the content and the journey that Tsomo went through after her painful experience. Like the Nun said, without that, she wouldn't leave her village and became a Pilgrim, even went to many Buddha Holy places :) So thing really happens for a reason. Think about why you are sent to Spain then and make use your chance fully ba! :)

Thank you for reading and your comment as usual Sancha! Have a great day! :)

Thank you Sherab. I just felt very familiar with what Tsomo went through in the story as if I was her. It brought the emotion up and down. I could imagine vividly her whole situation as if I'd lived in Bhutan for a long time, including her journeys in India and Nepal hehe.. Because I've been some of the places there and have many Bhutanese friends like you who feed me with lots of stories from Bhutan ;) Have a nice day to you too!

Go and get it when you're back to Bhutan Kipchu! Hope you enjoy reading it the way I did :)

Actually you have already started reading by reading many of my blog posts. That's a good start! :)

However, you will find a full story, a more comprehensive one, and find more important meanings from the book.

It's never too late to build your reading habit as I too just started reading again only about 2 years ago.

You're lucky to have read it earlier than me ;) Hope you recall some content from the review. Thank you for your wish and hope you are doing great there too! Take care! :)

It's my pleasure Charo! I'm glad you could refresh your mind again about the story :) May others enjoy reading it the way we did. Have a great day la! Take care! :)

Thank you Lekey! If your schoolmates have it, borrow it from them and read it :) Hope you enjoy the story too! Take care la and have a nice day! :)

I haven't read the book yet but i think i will surely read. a beautiful review!

Thank you Tshewang! Have a nice day! :)

I badely want to read this book. This book is an source of inspiration to the young writers in Bhutan.

Thank you for dropping by. Hope you can get to read it soon!!! Take care! :)