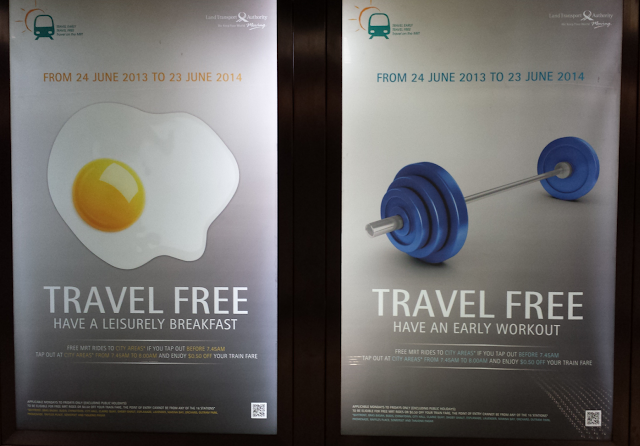 I had a headache last night due to didn't have enough sleep the night before. So after taking a bath and had dinner, I read few pages of newly borrowed book from library and slept.

At first I thought of riding a bike this morning. But tonight I will have a yoga session so I thought of getting myself enough rest by sleeping more. So when my alarm rang at 5am, I extended it to 7am.

However, I woke up at 6.30am. Since I had nothing, I decided to take a bath early. While applying moisturizer on my face, the radio had just broadcasted news, which meant time shown was only 7am. Wow!! Suddenly I thought of trying to go to work early and get the free MRT ride, which was just started on 24th June.

I faster applied powder on my face, some blush and lipstick, sprayed perfume and threw clothes into the washing machine. I walked to the MRT station in normal pacing rate.  Didn't forget to notice and to enjoy the beautiful sky that appeared in front of me :) The sun hadn't appeared yet from behind the buildings, which means I was quite early than the past few days (in fact the past few days I reached office above 8.15am and every time I walked to MRT station I could feel the heat from the sunrise). 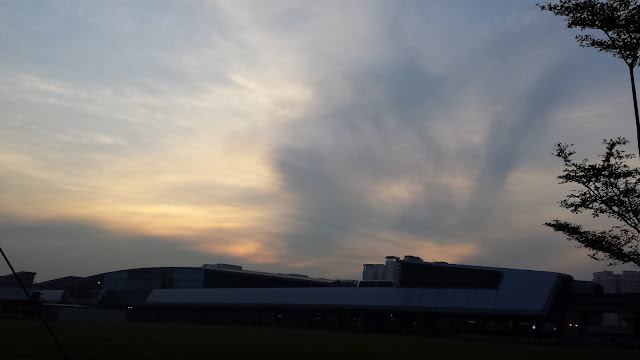 Just nice after a while MRT came and I managed to get a seat.... Thank God since I really need a seat for almost half an hour journey.... and by the time I reached, it was only 7.40 am and Woohooo.... when I tapped my EZ link card, no amount was deducted from my card.  Yippeeeee!!!!! Hahahaha....

I know, sometimes I behave like a small child. But this thing really made my day. I saved $1.76 for going out early.

The was an exception though.  Check out the notice below. 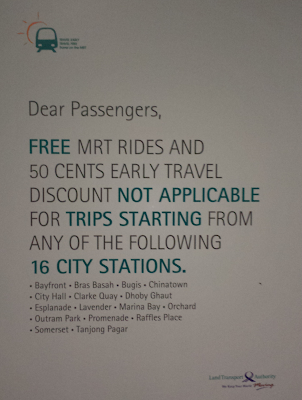 And when reached my office, I shared my happiness with my 2 colleagues who always reached office much earlier than me everyday (both stay nearer to office than me) and told them how exciting I was.

Even when I took coffee and bread from the canteen, that essence of happiness was still there.  I greeted other colleagues happily. Some I even called them 'handsome' Hahaha.... I didn't even get angry when someone who just came cutting queue for coffee (She did that too yesterday and behaved innocently).

Hahaha.... Thank you SBS Transit for making my day ;) Hope I can do it more often. Cos after reaching office early, I can spend my time to read and to write while enjoying my breakfast on my desk :)

Have a great day everyone!!!
Posted by Overcome Life
Email ThisBlogThis!Share to TwitterShare to FacebookShare to Pinterest